Many faces of Yashoda Dulal 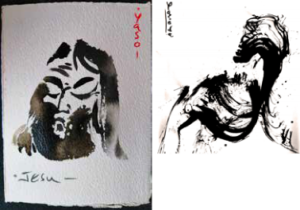 Yashoda Dulal’s works in the MOSA collection present the Avatars of Lord Krishna in a way that we rarely have seen. It is very contemporary in style, full of colour, movement, and matter. His works are very intense in nature and reflect the devotion of an aspiring devotee of Krishna. How to reflect in art the feelings, and emotions we experience in Krishna Consciousness? Ask Yashoda Dulala. He seems to have mastered expressing them in his artwork!

The second part of the MOSA collection on the show is the series of Eight principal gopis, almost undocumented in the history of traditional Gaudiya-Vaishnava iconography. The expressive language of the series reflects the dynamic approach of innovation and emotional wholeness of the author. Works are but a small part of the arsenal of Yashoda Dulal rich vocabulary and artistic methods. 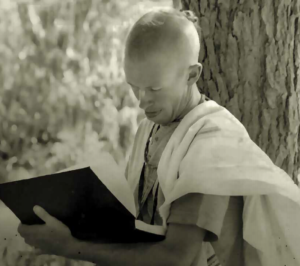 Artist John Herbison (Yashoda Dulal) was born and raised in Waitaki Valley in North Otago, New Zealand, to a returned soldier and a high country farmer. Among the Christchurch Hare Krishna congregation, Yashoda has extensive influence and is well known because of being one of the earliest members there. His art is far from a spare time hobby, for it’s an active and integral part of how he expresses himself and experiences spirituality.

It was Colin Wheeler, a neo-Cezannist and prominent watercolour master from Oamaru, New Zealand, who introduced Yashoda to art and who was the first of “two influential and strong teachers in my early life,” he says. The other teacher was Warwick Smith, also Wheeler’s student at Waitaki Boys’ High School and a well-known modernist and lifelong director of the Forester Gallery in Oamaru.

Despite adopting a modern expressionist language as an art student, Yashoda doesn’t limit his creativity to the traditional vocabulary or attitudes of modernism, nor does he reject them for postmodern deconstruction. Ewan Mc Dougall, a prominent representative of New Zealand’s contemporary art scene who influenced Yashoda, also eluded the trap of defying postmodernism and modernism. According to Yashoda, Mc Dougall “was a peer of mine who went through that school — who’s around you, affects you.

Yashoda’s interest is not about trying to fit in with the market of the art world. He describes himself as “an outsider in the art scene” but says that this is something he enjoys, as it gives him “more innocence and naivety.” In many ways, he is close to the art of Satsvarupa das Goswami, a clear example of an untrained “outsider” artist, but despite many exchanges and projects they undertook together, Yashoda remains with just a flavour of naive. His vividly painted relief sculpture work in SDG Upstate New York basement studio deserved an interview with Yashoda as much, as when he was one of the five NZ artists who would travel to recreate the local gallery “Bob’s Your Uncle” in Osaka, Japan in 1999. 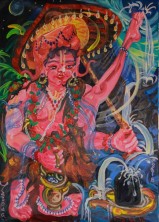 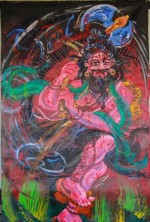 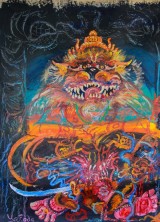 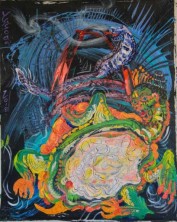 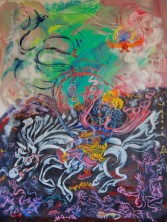 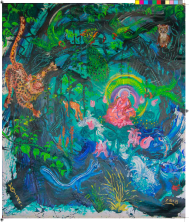 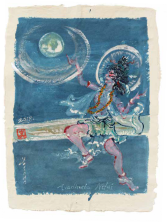 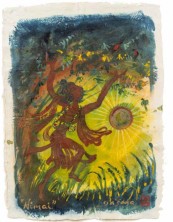 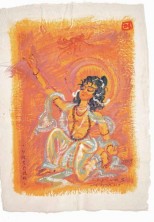 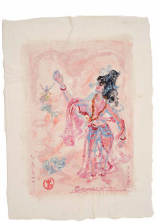 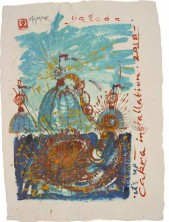 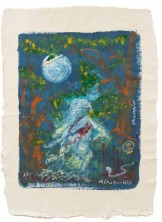 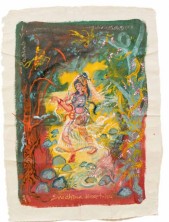 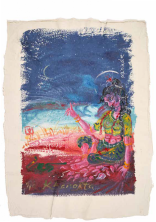 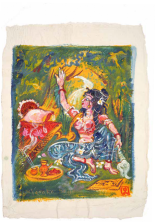 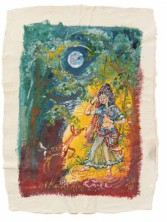 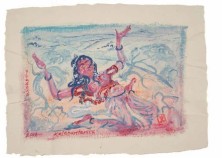 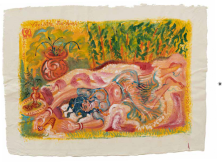 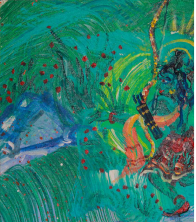 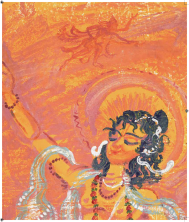